‘She died in silence – and that silence lasted a long time, but the rediscovery is more than justified: Under the Skin demonstrates in exemplary fashion that Cahun and Moore belong in the vanguard of surrealist imagery’. Toef Jaeger NRC Handelsblad (translated from Dutch)

This autumn the Cobra Museum of Modern Art will have the first retrospective in the Netherlands of the work of the French artist, activist and writer Claude Cahun (1894 – 1954). Over 70 photographs and photomontages, mainly from the Jersey Heritage Trust, will be shown in Amstelveen, along with publications and archive material. The exhibition shows how diverse, progressive and activistic Cahun’s work is. While her striking oeuvre remained largely undiscovered by the general public for a long time, she has been a source of inspiration for renowned photographers such as Cindy Sherman and Nan Goldin. David Bowie was a fan too and made a multimedia installation about her. Not only Cahun’s work, but also her progressive attitude to life in terms of gender and politics is an example to many.

Under the skin
The exhibition introduces the visitor to the world of Cahun on the basis of important themes in her life and work. She was a versatile artist, had an enormous network within the Parisian avant-garde, joined the Jewish resistance, and Cahun had outspoken ideas about the world around her, all of which she expressed through her art.

A special feature of the exhibition is that only new prints were used for it. In this way, the Cobra Museum makes use of contemporary possibilities to bring Cahun’s special, and at times moving, work closer to the public. We do this by printing the photographs in an unusually large format, thus optimally highlighting the often theatrical and penetrating character of the work. The extensive selection of works from the period 1914-1947 gives the visitor the opportunity to become well acquainted with the distinctive oeuvre of a bold and courageous individual.

Theatricality
Some of the photographs shown are the result of her involvement in various Parisian theatre companies. Other photos were taken in the private sphere. In those we see Cahun in staged situations in which she explored various (gender) roles, identities and sexualities, from worldly dandy to sailor.

Surrealism
The photomontages by Marcel Moore, Cahun’s life partner, are remarkable. These were originally used as illustrations for Cahun’s literary work Aveux non avenus. The influence of surrealism on Cahun’s work can be seen in, among other things, photographs of assemblages they made from all kinds of materials.

Jewish resistance
Using photographs taken by Cahun (of Jewish descent) on the British island of Jersey during the Nazi occupation in the Second World War, the exhibition tells the story of the courageous acts of resistance that led to her death penalty – which, incidentally, was never carried out thanks to the liberation. The film Confessions To The Mirror (68 min., 2016) by the renowned filmmaker Sarah Pucill will be screened as well. On the basis of a text written by Cahun, this film reflects on the artist’s political involvement and imprisonment.

Her life
Claude Cahun was born as Lucy Renée Mathilde Schwob. In reference to her great-uncle, who was an author, she adopted the gender-neutral name Claude Cahun. Cahun grew up in a prosperous, intellectual family. Her father was publisher of the newspaper Le Phare de la Loire and her uncle was a French symbolist writer and journalist who was friends with many artists and intellectuals. This gave Cahun the opportunity to publish her work at a young age and gave her access to avant-garde circles in Paris. The surrealists were a great inspiration to her. Just before she died, for instance, she wrote to a friend: ‘All my life, I have always been surrealistic in essence’.

In her teens, Cahun fell in love with illustrator Marcel Moore (born Suzanne Malherbe). After Cahun’s father divorced her mother, he married Marcel Moore’s mother. Thus, the two lovers also became stepsisters. The lovers stayed together their entire lives, working together on publications, photographs and photomontages.

Just before the Second World War broke out, Cahun and Moore left for Jersey. After the Nazis arrived on the island, they joined the resistance and used art as a means to undermine the occupier.

Public program
On 13 December 2020, the Cobra Museum will collaborate with the International Queer and Migrant Film Festival and Schouwburg Amstelveen for a screening of Sarah Pucill’s 2013 film Magic Mirror, followed by a panel discussion on the notions of gender and identity with Simon(e) van Saarloos, Sudeep Dasgupta en Sarah Pucill, moderated by Aynouk Tan.

In April 2021, the Cobra Museum is hosting a four-day workshop with students of the Master’s programme in Gender Studies at Utrecht University and fashion students from the Gerrit Rietveld Academy. This workshop is a unique collaboration between these two groups of students. In this performative workshop – led by artists Marnie Slater and Jessica Gysel – the students work from their own expertise with texts and photographs by Claude Cahun from the Jersey Heritage Trust.

We are setting up an exciting programme of activities together with partners. In the course of the year we will inform you about this through our (online) channels, keep an eye on our website for updates.

Woman or man?
Our society is very fixated on gender. Claude Cahun challenged us to think differently. Cahun said: ‘neuter is the only gender that always suits me’. Nowadays we could interpret this as the non-binary gender: not fitting into the boxes man or woman. Some people who today identify with non-binary gender prefer the pronouns ‘them’ and/or ‘they’. However, Cahun’s texts do not show that she preferred pronouns other than feminine ones. That is why the Cobra Museum also chooses female pronouns when referring to Cahun.

This exhibition has been made possible with the support of partners, companies and private donors, in particular the City of Amstelveen, VriendenLottery, Cobra Business Club, BPD, Trebbe, the Prins Bernhard Cultuurfonds and the Kickstart Cultuurfonds. 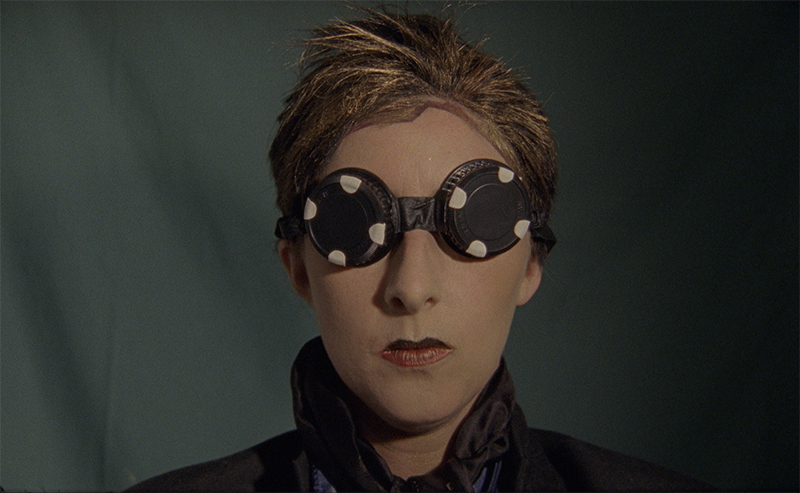