Together with Dzherelo, the Ukrainian School in Amstelveen, the Cobra Museum for Modern Art organizes an exhibition of posters, created by illustrators from the Ukrainian collective Pictoric.  Pictoric brings together a broad community of Ukrainian artist, ranging from graphic designers to famous children’s books illustrators. Since the start of the war, they comment on the situation in their country through their illustrations, but they also aim to show the pride, strength and hope of the Ukrainian people with their work. A selection of these images will be on display at the Cobra Cafe from September 20 until October 30.

Pictoric
The posters of the Ukrainian illustrator collective Pictoric were already on display in different places in the world; in New York, Ottawa, Paris, Florence and Utrecht, in places like museums, libraries or on the streets. Some illustrators from the collective still work from Ukraine, but some of them had to flee their country and now work from different places. From the establishment in 2014 the illustrators from Pictoric find their inspiration in the contemporary Ukrainian culture and daily life. The collective already took part in various national and international projects. 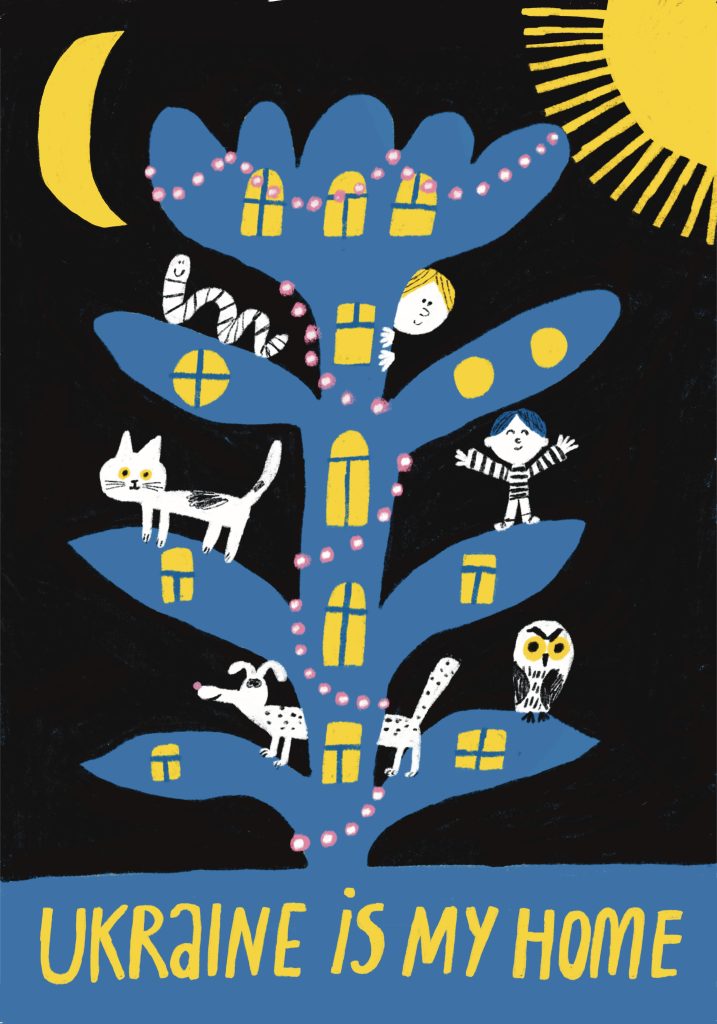