Several artists of the Cobra movement sought inspiration for their work and philosophy in art from outside Europe, including from North Africa. The exhibition ‘Cobra and North Africa’ shows work from the museum collection by the artists who, through travel or in other ways, came into contact with the art, culture and people of North African countries such as Morocco, Algeria and Tunisia.

After the Second World War, the Dutch, Danish and Belgian artists of the Cobra movement first came into contact with non-European art in museums. The Rijksmuseum exhibited ethnographic collections, for example, and Pablo Picasso’s paintings, based on his collection of African masks, found their way into museums of modern art. These images and paintings had a strong influence on some of the Cobra artists. Several of them felt the urge to see more of the world. Sometimes out of a sincere, deeper interest in other parts of the world, and sometimes with completely unrealistic expectations, artists such as Asger Jorn, Corneille and Anton Rooskens travelled to parts of North Africa. Asger Jorn, among others, even decided to live there for a longer period of time.

The artists used their travel impressions for their paintings, sculptures and written works. While one tried to capture the impressions of the landscape on canvas, being in an environment and culture different from those of Western Europe helped the other to refine his ideas and philosophy on art. 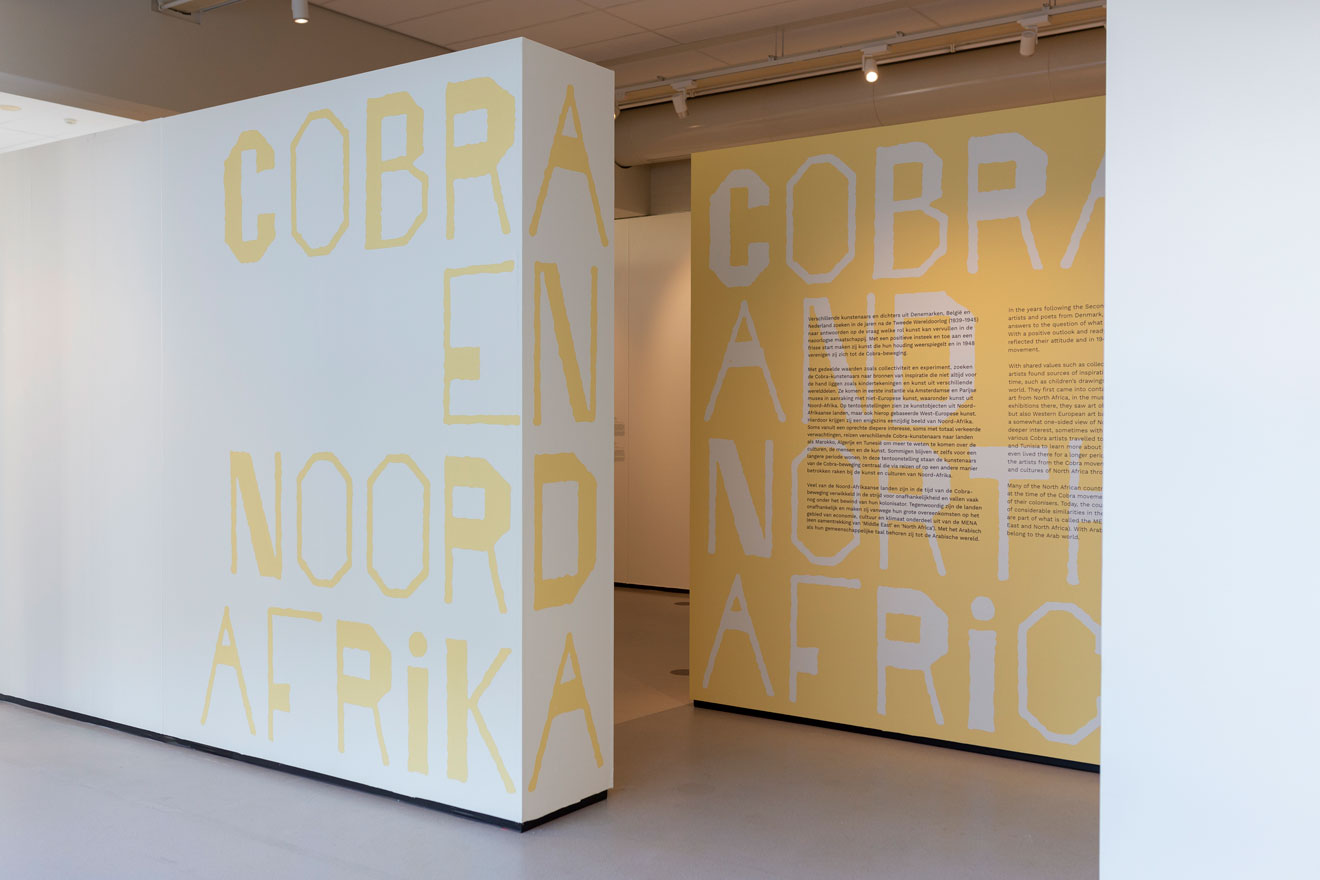 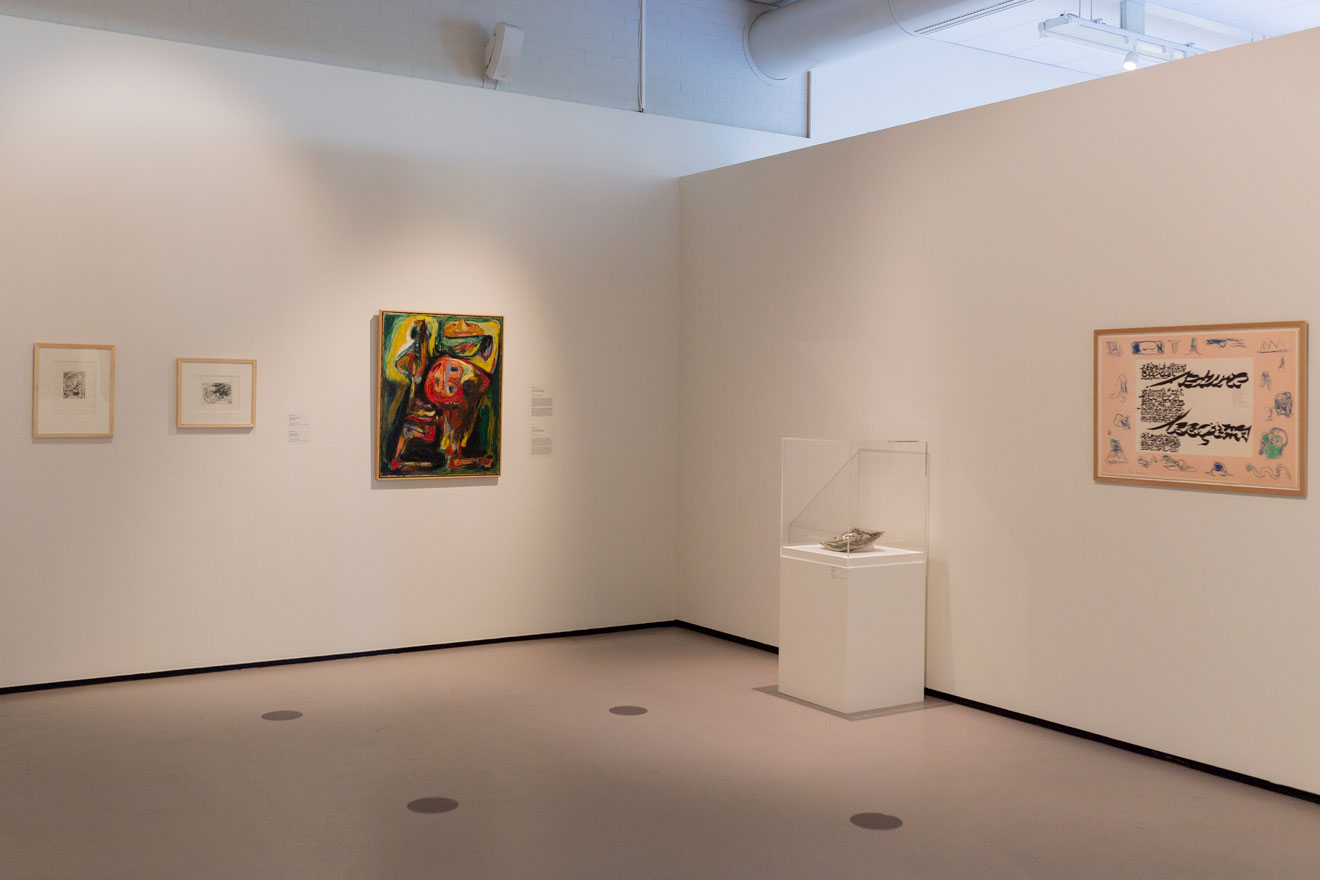 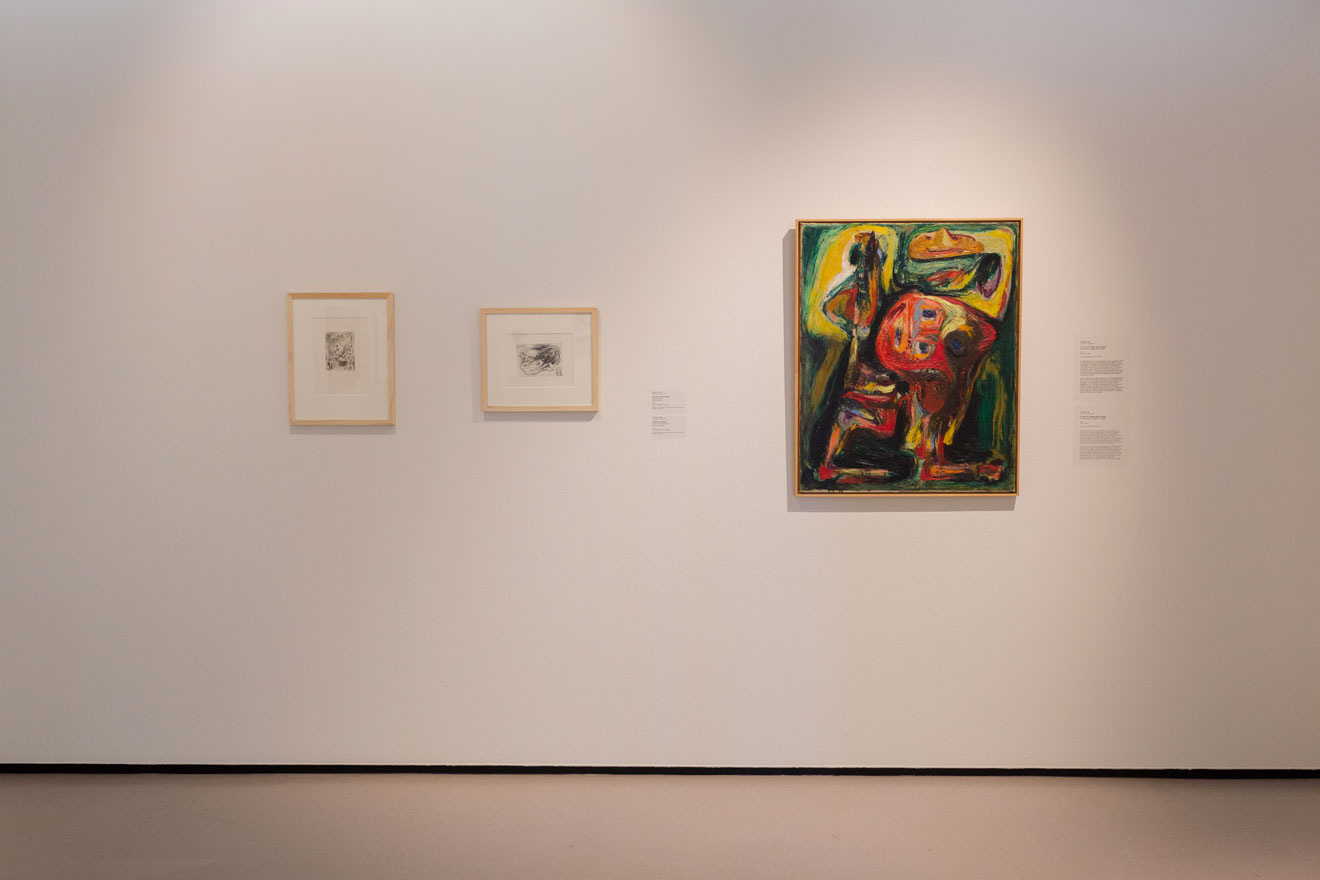 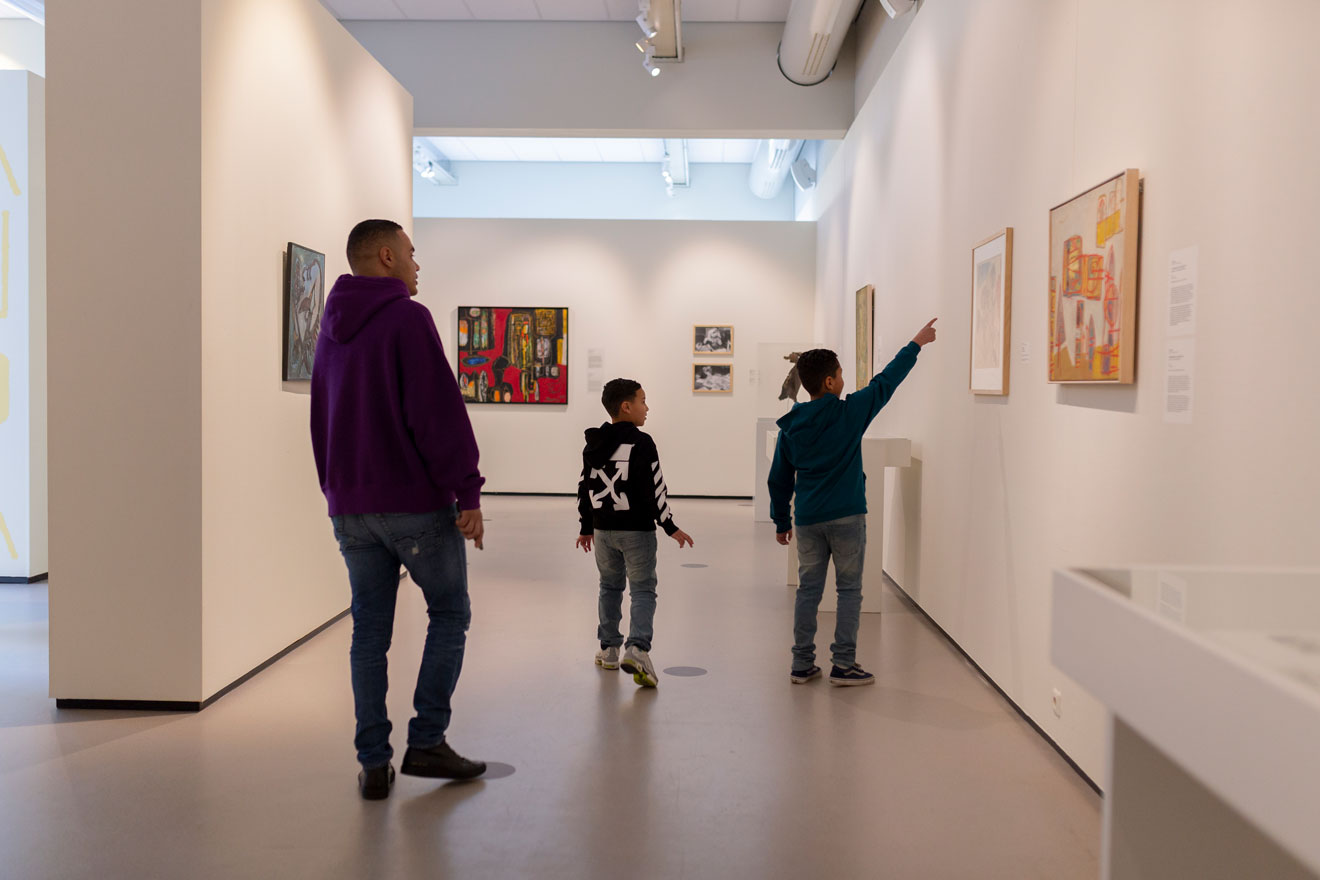 Left on wall: Jean-Michel Atlan, Composition, 1949. In the back on the wall: Anton Rooskens, Africa Symbols, 1958. Photos from top to bottom: Eugène Brands working on his masks, 1946-1947; Eugène Brands with his mask sketches, 1946-1947. Right on wall, from back to front: Jan Nieuwenhuijs, The Acrobat (Circus), 1949; Corneille, Personnages dans un paysage africain, 1950. Photograph by Victor Wennekes.