Frida Kahlo seems to have lived her entire life in defiance of normalcy. In this lecture, Musoke Nawolga wants to show how the younger generation of Amstelveen, Amsterdam and the The Netherlands at large by their own means is doing the same. Pushing boundaries in terms of what it means to be gendered, what it means to be free and finally, what it means to stand for a cause. 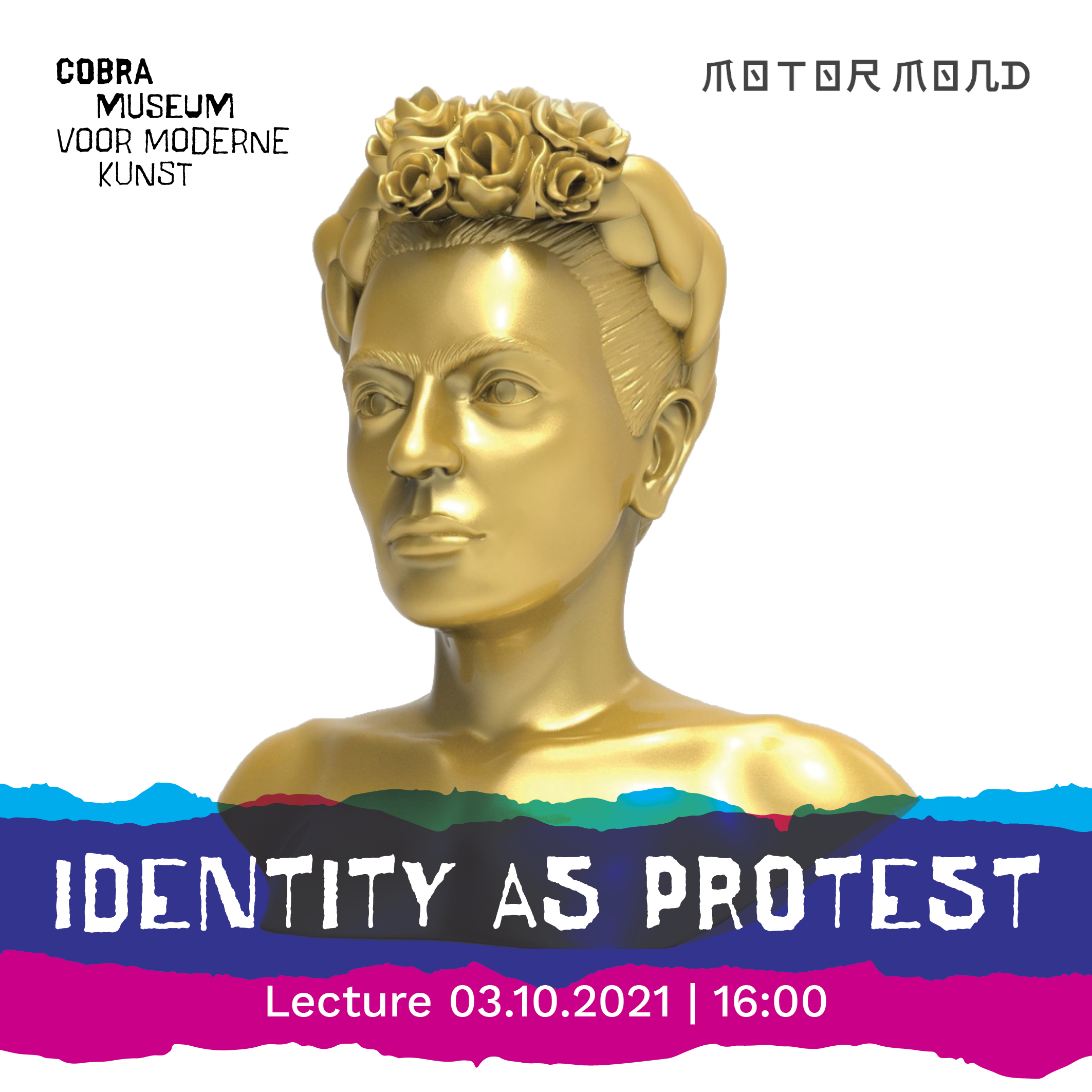 This year and last year we have seen many protests; in The Netherlands, but also in the rest of the World. Black Life Matters, protests against Corona Measures, solidarity protests for Afghanistan and Palestina. Protests for human rights; for oneself and for ‘the other’. In this lecture, the outside voice of protest will be brought into a museum setting. Musoke Nawalga and Mala Badi will therein try and define the process of identity formation through protest.

Within the Oedipus epos, the story tells that ‘the son’ – or in a more feminist perspective: he/she/they/them – has to kill their father to self-realize. Out with the old and in with an idealized and new realm of being. This kind of bravado was also a driving force during the Mexican Revolution (1910 –1929). It is also present in the new social left political space that the European Youth seems to occupy. With this lecture, Musoke will use found footage, written and recorded history of the Mexican revolution in relation to Frida Kahlo’s identity. Connections will be drawn between the protests of today and the protest of the Mexico Frida Kahlo lived in. What does it mean to be revolutionary? Is there an end-stage where the ideal self in a perfect society reaches a perfect identity, or do we all fade into oblivion and give up on our revolutionary selves when the world doesn’t move to our rhythm?

Mala Badi
Mala is a gender non-conforming performer and conceptual artist, writer, political activist and co-founder SEHAQ ( Queer refugee in NL ). Born in Casablanca Morocco and they live in Amsterdam ,their writing and artwork focus on themes of Trans-liberation, exile and decolonization. They use art to dismantle and disrupt systems of oppression, and to give their point of view about history and social change.

Language: English
Fee: € 5,00 euro’s.
The museum is fully booked for upcoming Sunday. You can therefore buy your lecture ticket seperately from the museum entrance ticket.