In the summer of 2022, guest curator Abdelkader Benali (1975) will fill the Cobra Museum of Modern Art in Amstelveen with Moroccan art. For the first time in the Netherlands, some 40 Moroccan artists will be brought together to provide an overview of the development of Moroccan modern art from the country’s independence in 1956 to the present day. With artists such as Nour-Eddine Jarram (1956), Khalil Nemmaoui (1967) and Wafae Ahalouch el Keriasti (1978).

The independence in 1956 also marked the birth of Moroccan modern art. A renewed self-awareness among Moroccan artists arose. By now, a new young and exciting generation of artists has taken its place on the international stage. Abdelkader Benali’s passion for the visual arts, but also for ‘the other story about Morocco’ can be experienced in the Cobra Museum. Benali takes the visitor on a journey through his personal observations. Around 80 works on themes such as decolonisation, spirituality, gender and migration are brought together in the museum galleries.

Mutual influences
Artists like Matisse and Delacroix were inspired by Morocco in their artistic practice and the Moroccan influences are clearly visible in their works. In their search for new forms, Moroccan artists, in turn, were inspired by such movements as Bauhaus in Western Europe and Pop Art in the United States.

From past to present
The Djema-el-Fna, Marrakech’s world-famous square, has always been the domain of storytellers. On this square, a group of young artists from Casablanca organised the first open-air exhibition in 1969 as a protest against the fossilised museum system. The Moroccan modern artists wanted to stay close to the Moroccan people and tell their stories. In the younger generation, too, we see the effect of this desire to tell stories about major themes such as migration, sexuality and spirituality, and in doing so they do not hesitate to challenge taboos. Whether the artists from this young generation have attended art school or are self-taught, they instinctively find their way to the old forms, the new forms of the current and future age.
The start of the modern movement in Morocco is closely linked to the literary magazine Souffles, in which the artists were introduced. There is a clear understanding that the art movement comprises more than just visual art, it also includes other disciplines such as poetry and design.

Celebration and reflection
During this exhibition, the Cobra Museum does not only pay attention to Moroccan Modern Art; other art forms will be featured as well. In collaboration with various cultural partners from Amstelveen and the Amsterdam Metropolitan Area, the museum sheds light on Moroccan dance, theatre, music, poetry, film, urban culture, design, sport and fashion. Various parties are invited to give meaning to their critical, atmospheric, or cheerful celebration of Moroccan art and culture. During the Ramadan (April 2022), the Cobra Museum will provide for the Iftar, the meal eaten by Muslims during the fasting month immediately after sunset. Everybody is welcome to enjoy this meal together.

Free audio tourA free audio tour is available at the exhibition. This can be listened to on your own mobile phone. Download the app before your visit. Scan the QR code below with your mobile phone or follow the link to the Play store or the link App store and download MapMyVisit. 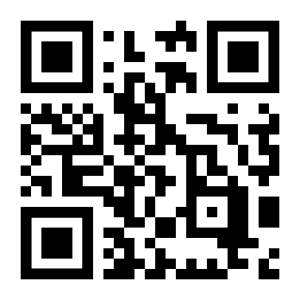 Literary publication
The exhibition will be accompanied by Abdelkader Benali’s new book, published by De Arbeiderspers, which gives a narrative account of his research into 75 years of Moroccan modern art. The book is a personal reflection of Benali on the themes and his observations.

About Abdelkader Benali
Abdelkader Benali (1975) was born in Morocco. He is one of the best-known writers in the Netherlands. His work, which is published internationally, was awarded the E. du Perron Prize in 2010 and the prestigious Gouden Ganzenveer in 2020. In one of his novels, he delves into the history of Matisse’s stay in Tangier. Abdelkader Benali draws inspiration from the imagination of Moroccan artists and collects work by young artists. Besides being a writer, Benali is a programme maker, historian, speaker and guest curator. His first contact with Moroccan art was in the family home, when his mother sang her Riffin izran songs while cleaning, songs that sounded exotic and mysterious to him; the accumulated images they conjured up of “my head bobbing in the sea, no fisherman to catch it” created a surreal image in his mind.

Morocco and Cobra
The birth of Moroccan modernism coincides with the birth of the Cobra movement in post-war Europe. Cobra artists liked to let themselves be inspired by non-European art and oriental calligraphy. They celebrated freedom. The light-hearted naivety with which a new era was ushered in can also be found among the Moroccan artists of that generation. Morocco had just been liberated from the Spanish-French protectorate, and especially artists without a formal education created a colourful, vibrant movement. There were also direct influences: Jilali Gharbaoui, one of the pioneers of the modern movement in Morocco, was inspired by Karel Appel and they met in 1962.

The Cobra Museum in Amstelveen actively links the collection and history of Cobra to contemporary artists, modern art movements and current events. In its programming, the museum pays attention to non-Western art within a context of societal topicality.

“The Cobra Museum is celebrating 70 years of Moroccan modern art this year with The other story, Moroccan Modernism from 1950 to the present. This story is told by the writer Abdelkader Benali, who is an avid art lover. It seems more people have discovered Moroccan art, because recently the exhibition The Moroccan Trilogy 1950-2020 opened at the Reina Sofia in Madrid. We are very much looking forward to the collaboration with Abdelkader and the undoubtedly magnificent result that will also give rise to a festive summer full of activities and events for everyone,” says Stefan van Raay, initiator of the exhibition at the Cobra Museum of Modern Art. 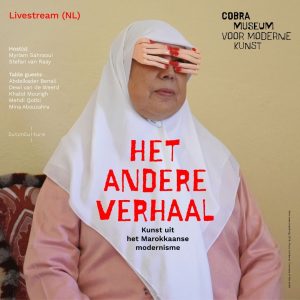 PREPARE AT HOME WITH A LIVESTREAM OPENING

*There is a surcharge of €3.50 for this exhibition.

*The audio-tour guide for the exhibition is free of charge.

This exhibition is made possible in collaboration with the National Foundation of Museums of Morocco (Fondation Nationale des Musées du Maroc). 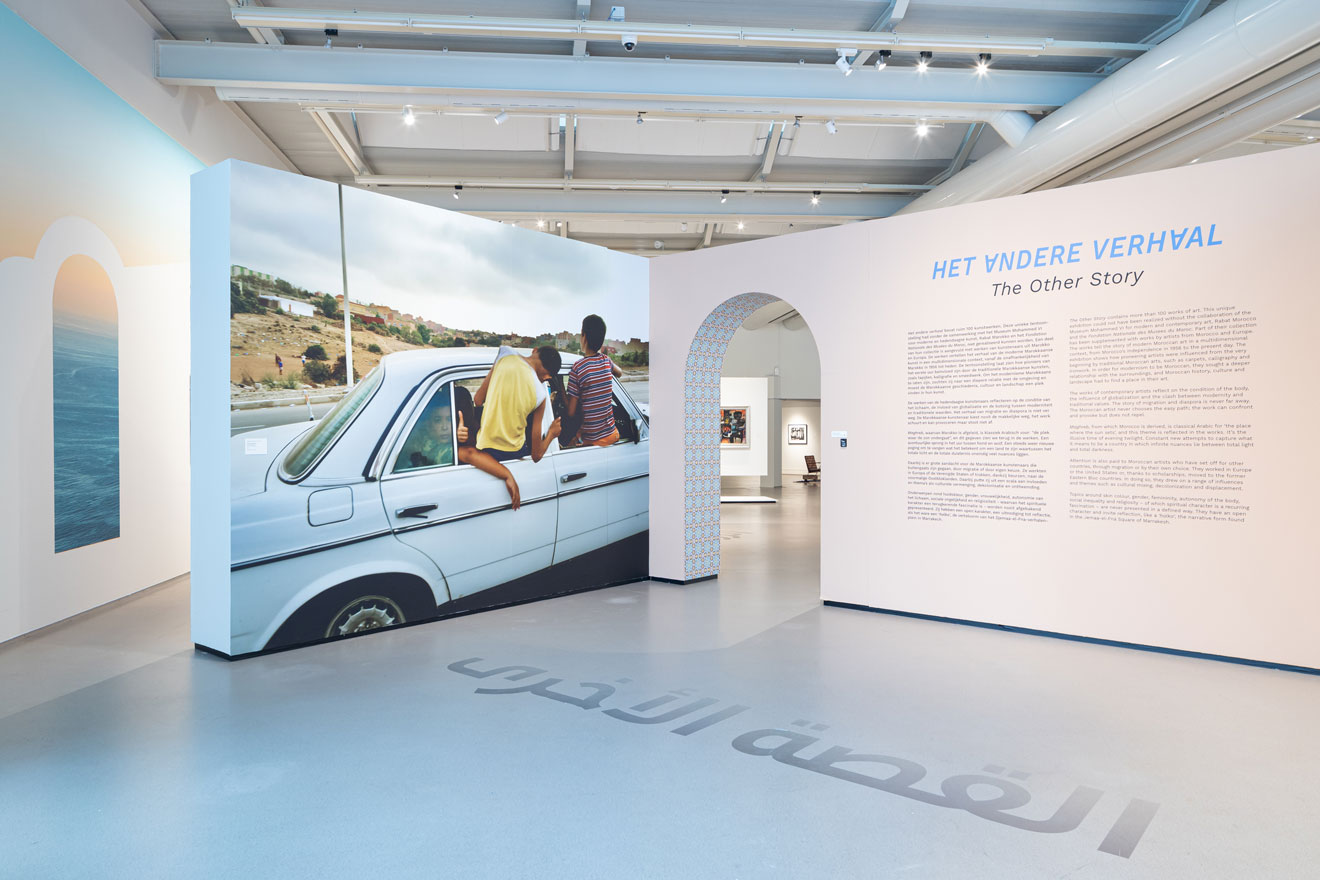 Entrance exhibition ‘The Other Story’. Photo by Pieter Tijhuis. 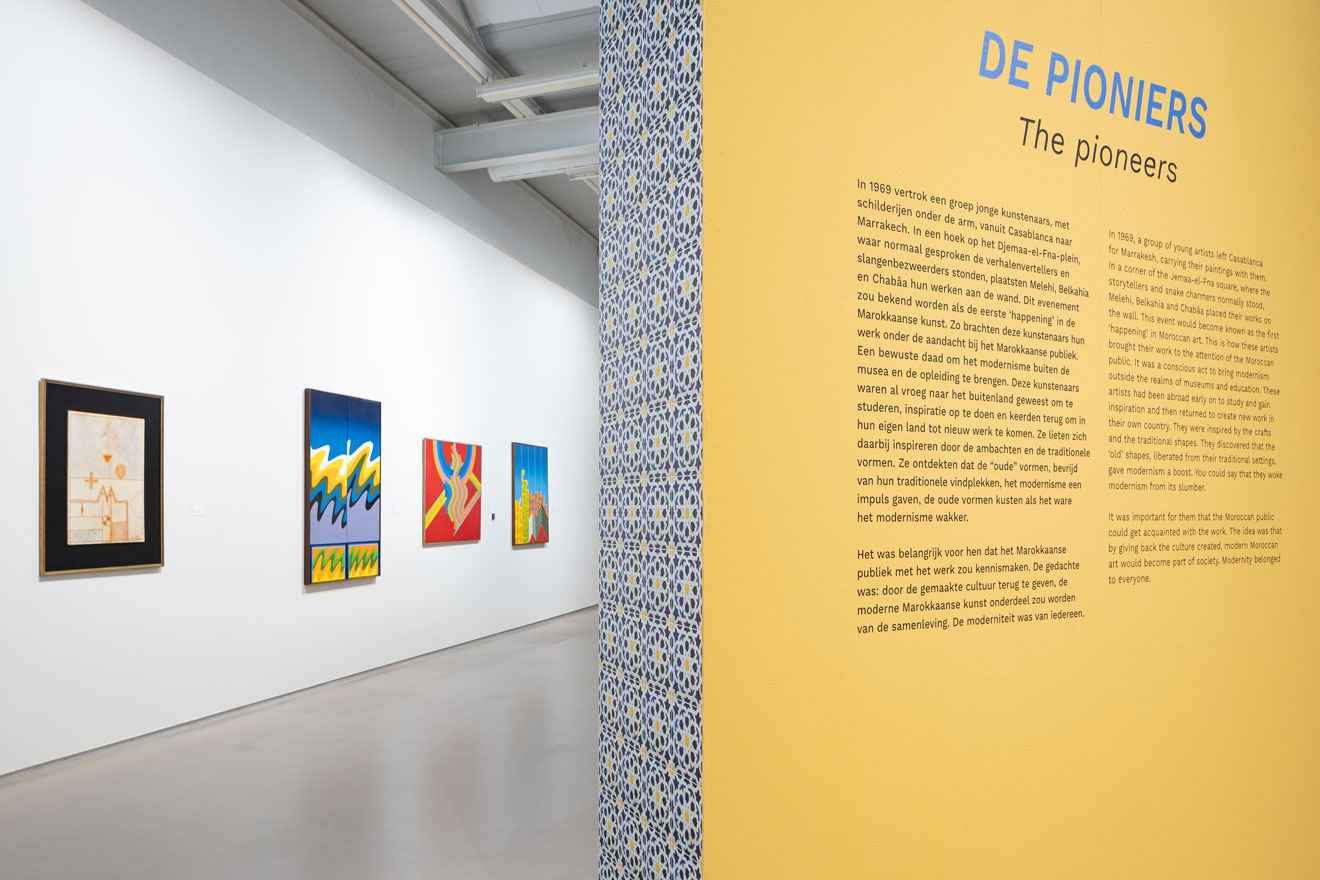 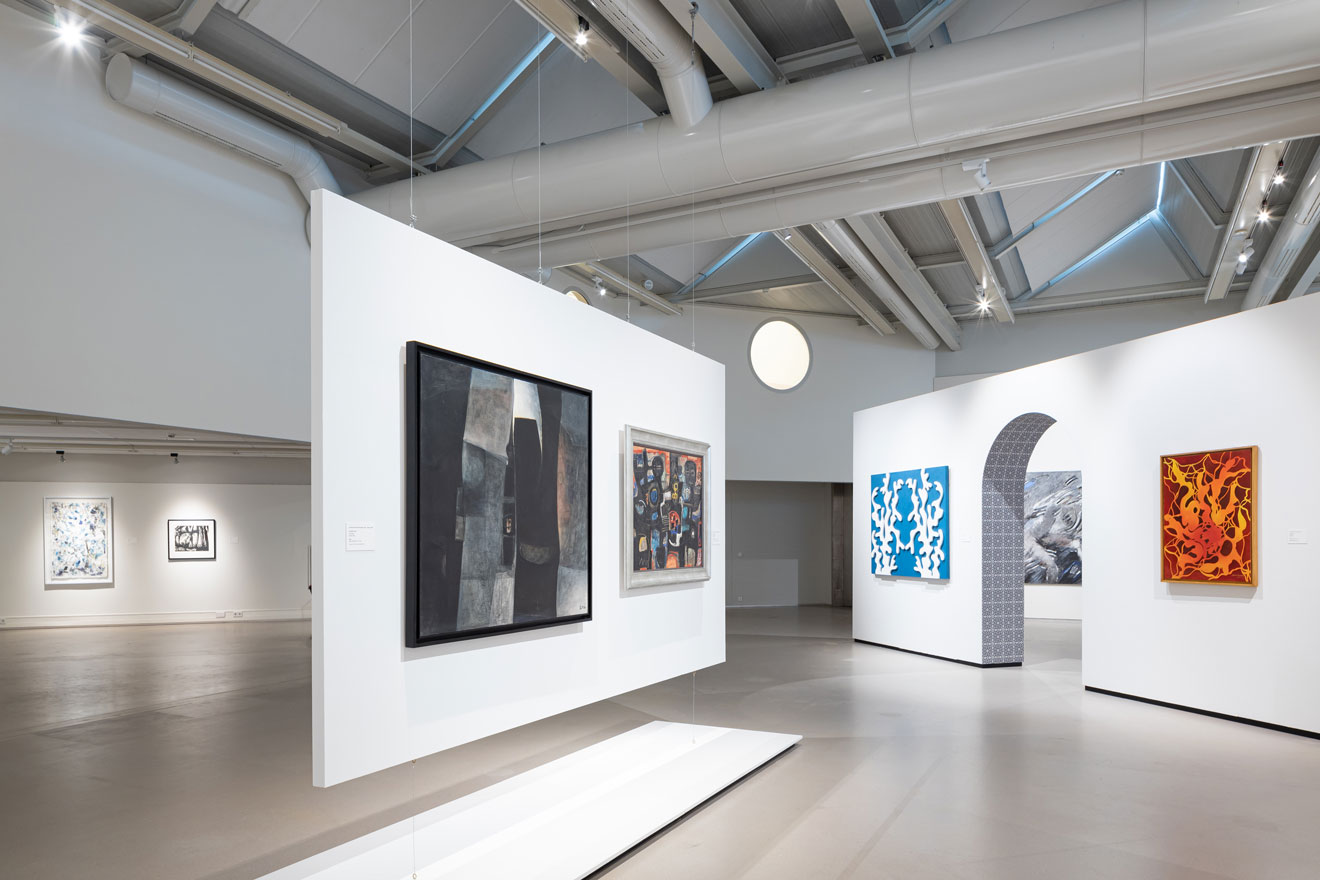 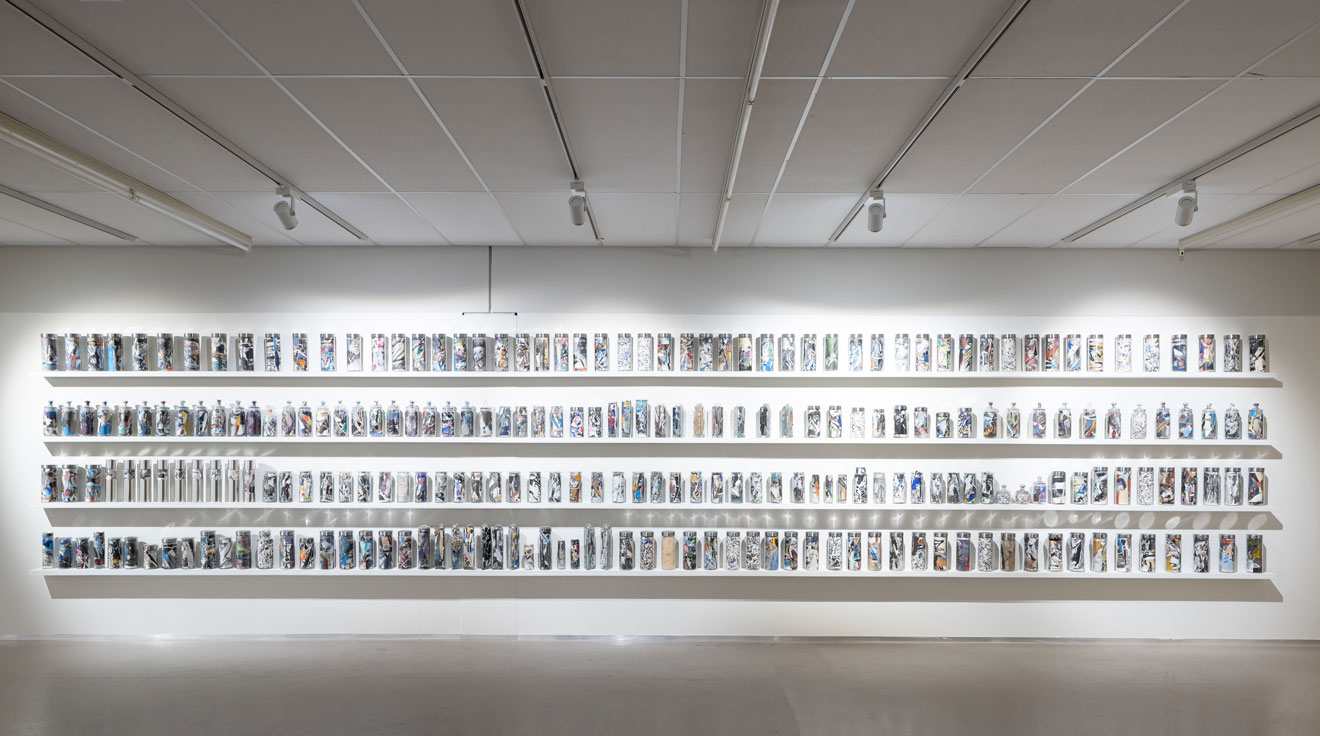 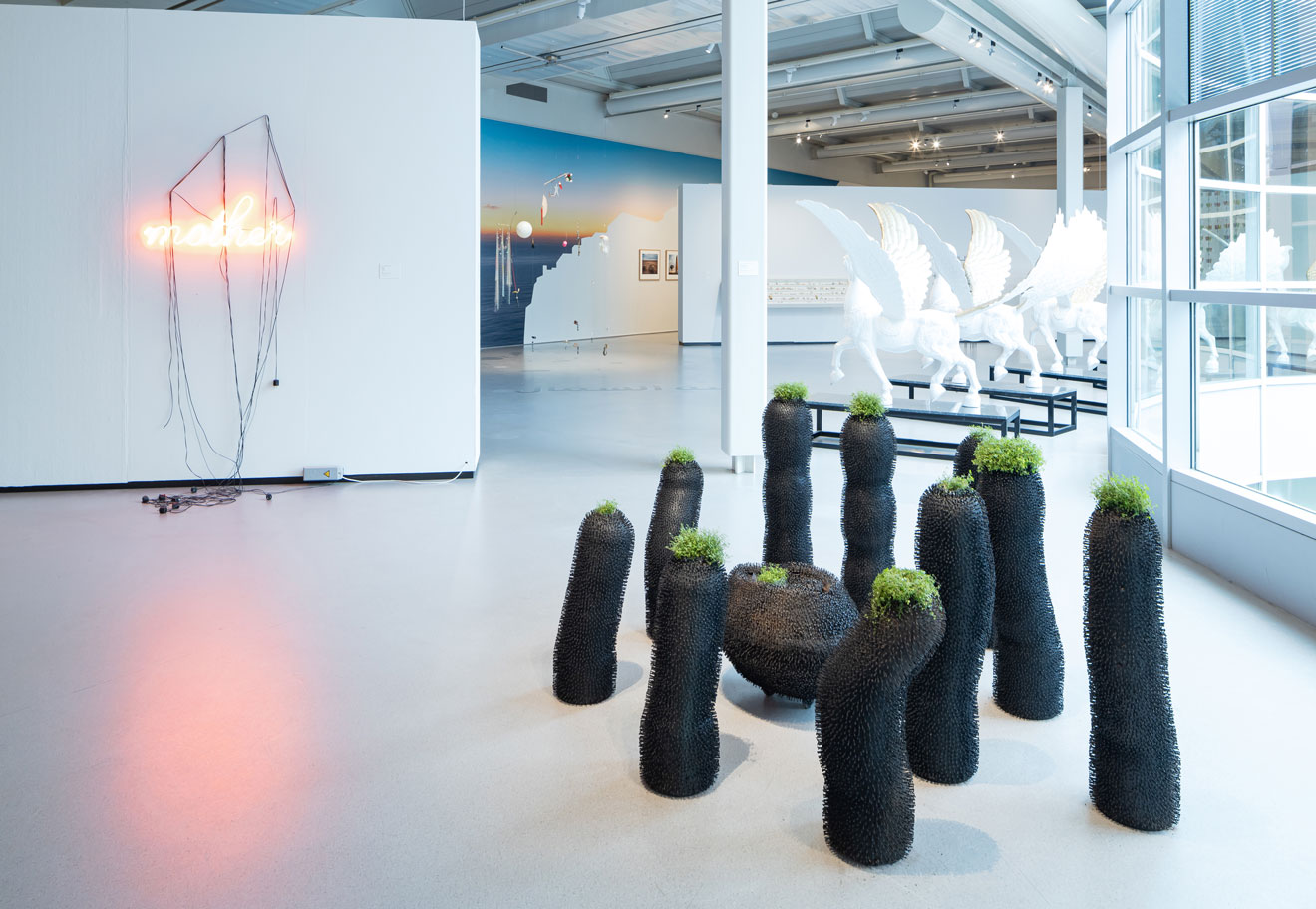 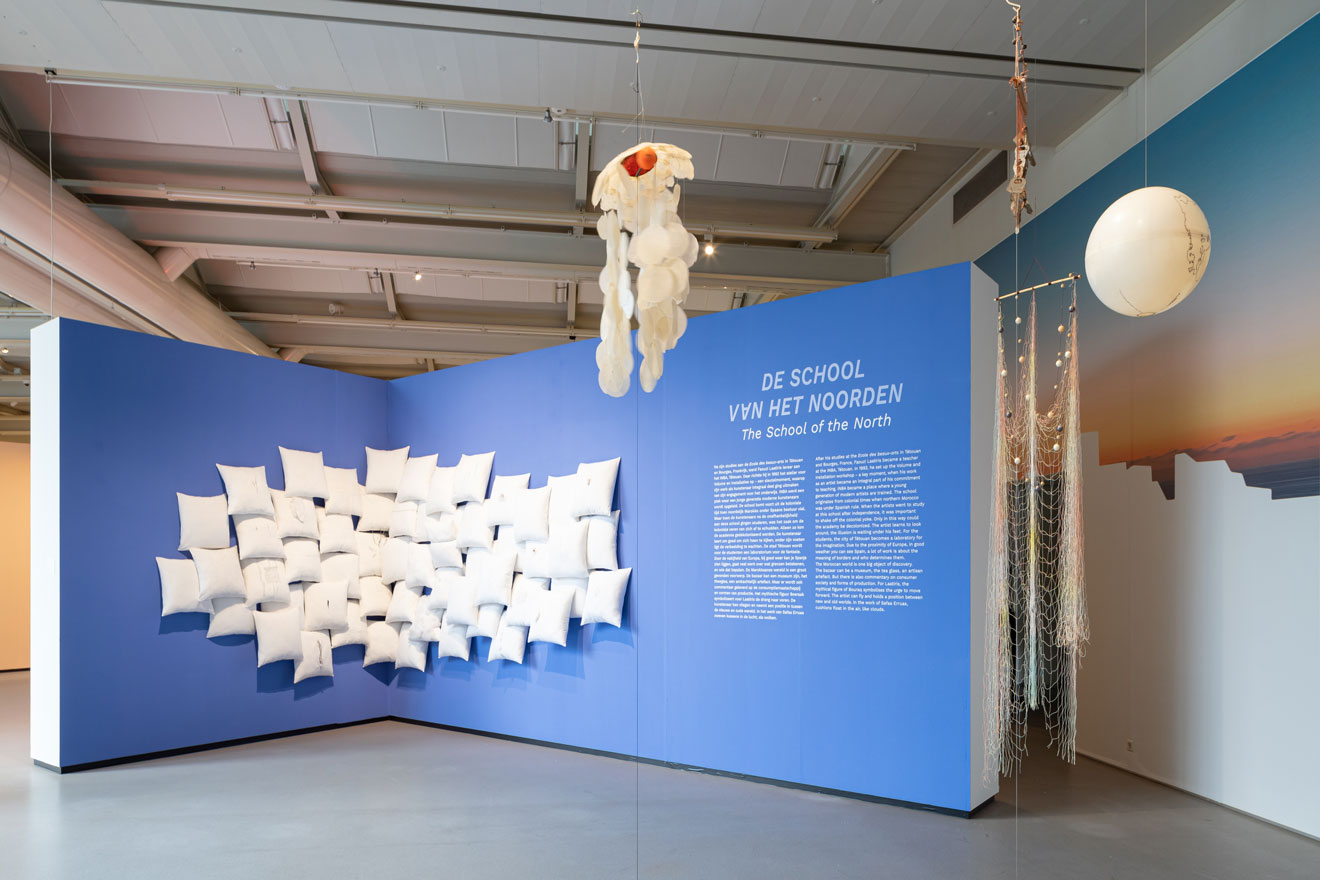 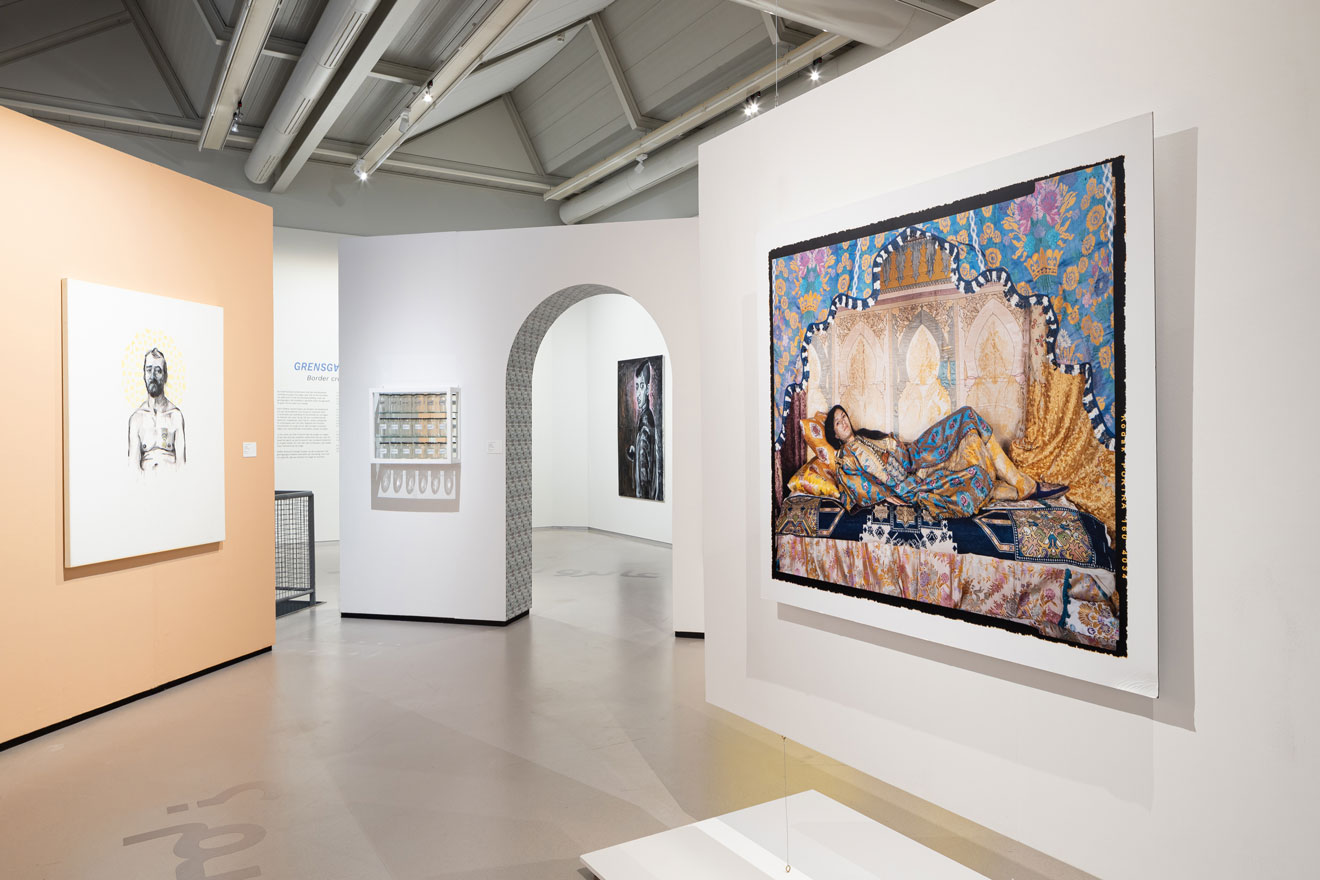 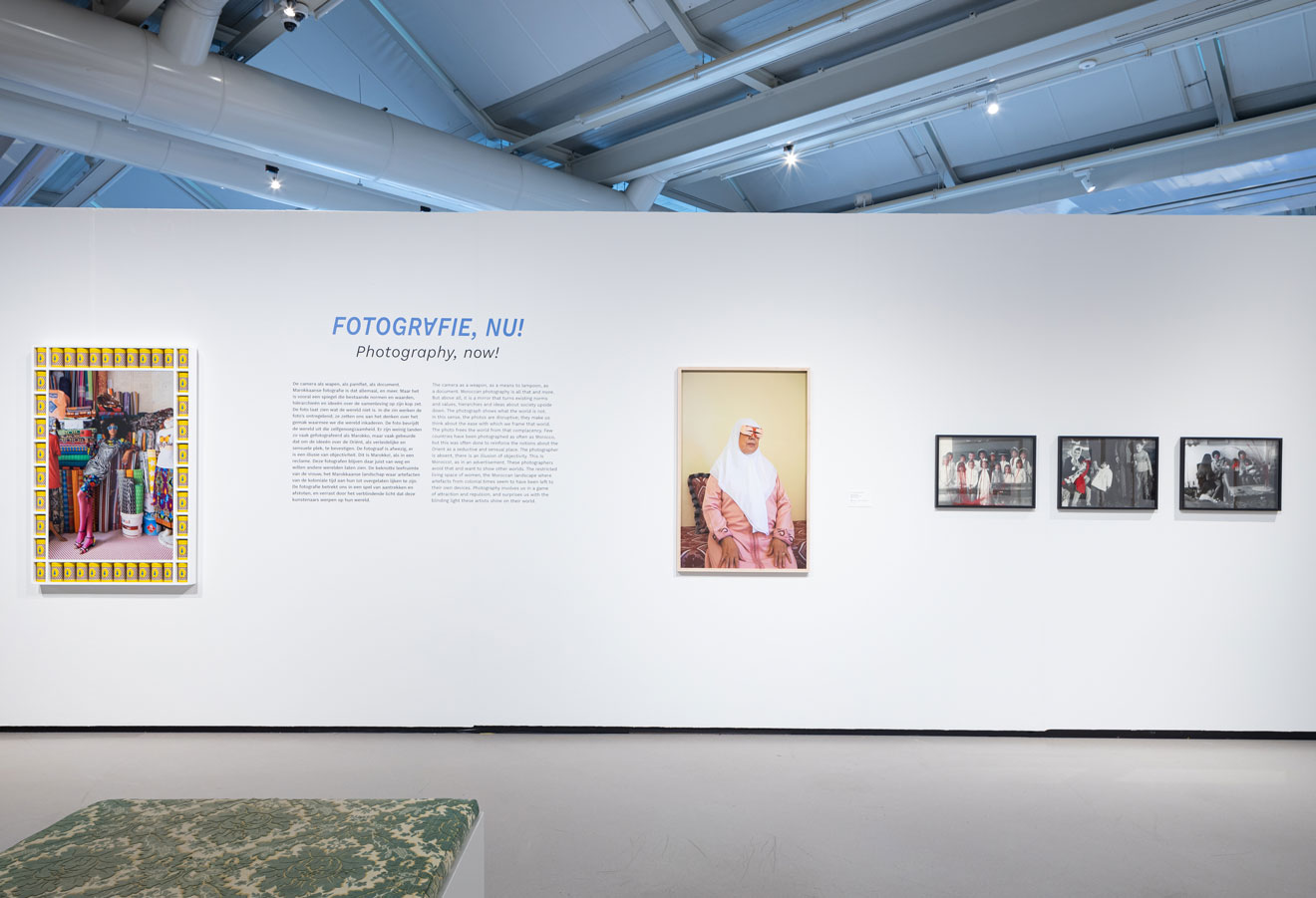 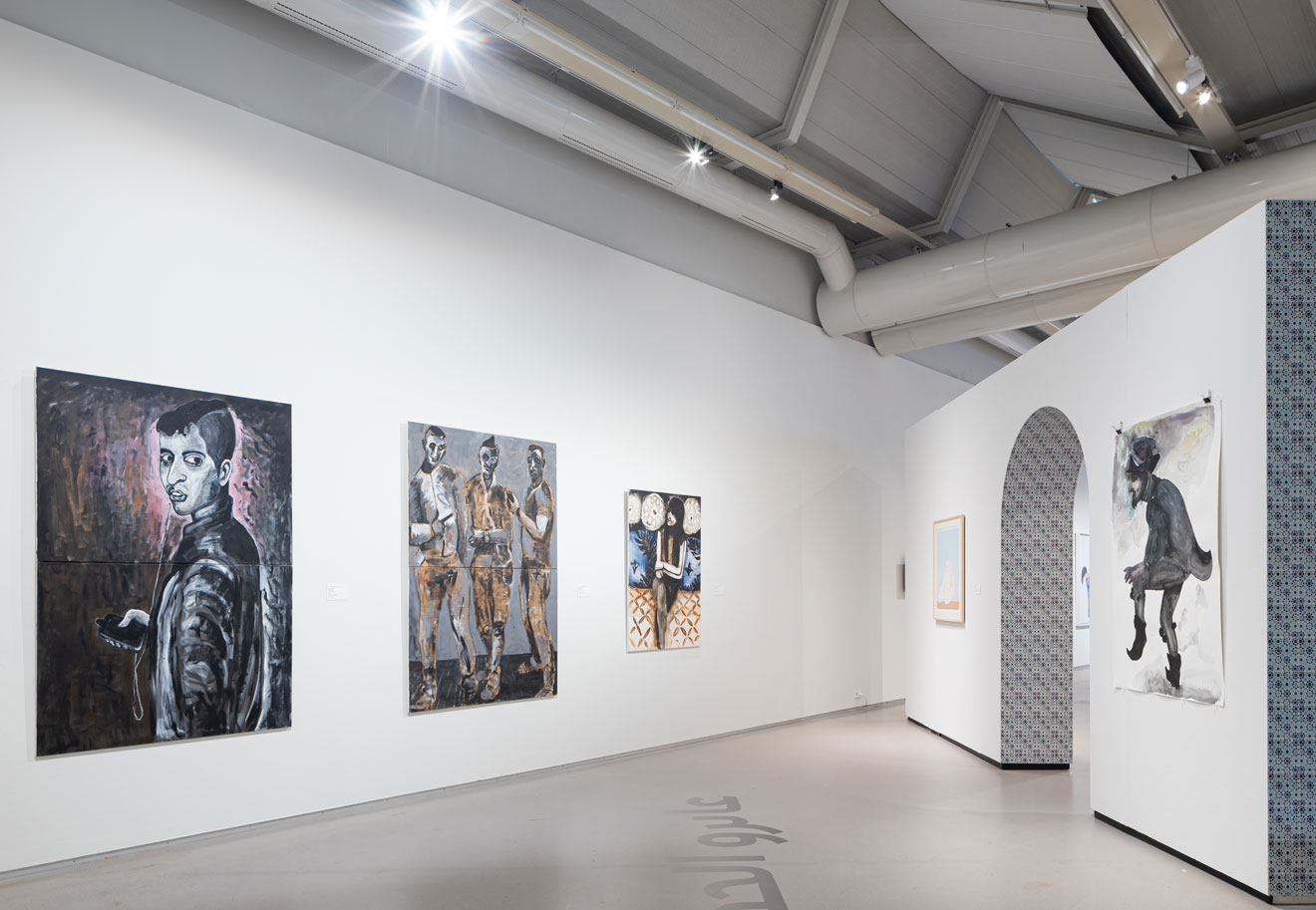