In 2021 it will be 101 years ago that the artist Constant was born. On the occasion of this anniversary, Fondation Constant is launching the large-scale collaborative project Constant 101. A range of museums, cultural institutions and new creators will celebrate Constant’s ideas and legacy together. As part of this collaboration, the Cobra Museum of Modern Art is organising an exhibition in which, in addition to works by Constant, new work by contemporary artists Antonio Jose Guzman (1971) and Antonis Pittas (1973) will also be presented. 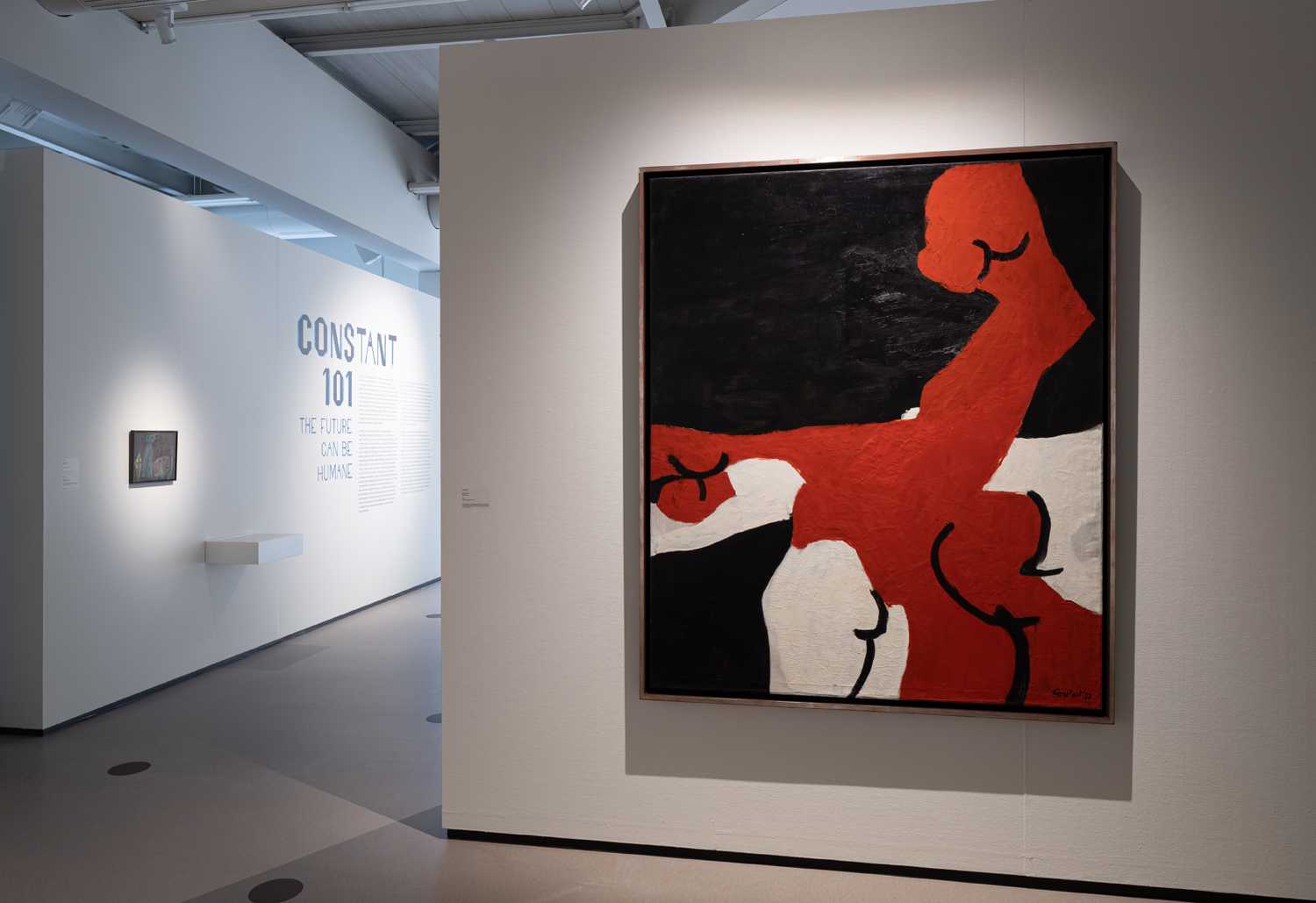 Constant
Constant (Constant Nieuwenhuijs, 1920-2005) was not only an artist but also one of the intellectual driving forces behind the Cobra movement (1948-1951). As such, he can be seen as one of the leading co-founders. He became an artist who always dared to explore new paths, did not shy away from challenging collaborations and was above all convinced of the important role that creativity and art play in our society.

Artist Antonis Pittas has selected the works of Constant to be shown in this exhibition. With this selection he wants to emphasise the image of Constant as an artist with a undaunted belief in a better world, in which collectivity, peace and creativity would prevail. The selection of around 40 paintings and works on paper ranges from the childlike works from the Cobra era – in which the bird regularly returns as a symbol of freedom – to works in which Constant refers to change and even revolution. In addition to his long-term project New Babylon, in which he visualised the society of the future, a number of works from the period after New Babylon are also shown. This is the first time that the Cobra Museum focuses on this later period in Constant’s oeuvre. The culmination of the late works is the oil painting Les expulsés that Constant painted in 1999 in reaction to the Kosovo War.

New work by contemporary artists
The museum has invited Antonio Jose Guzman and Antonis Pittas (both live and work in Amsterdam) to respond to Constant’s oeuvre and ideas. These internationally renowned artists have made new work especially for the occasion. 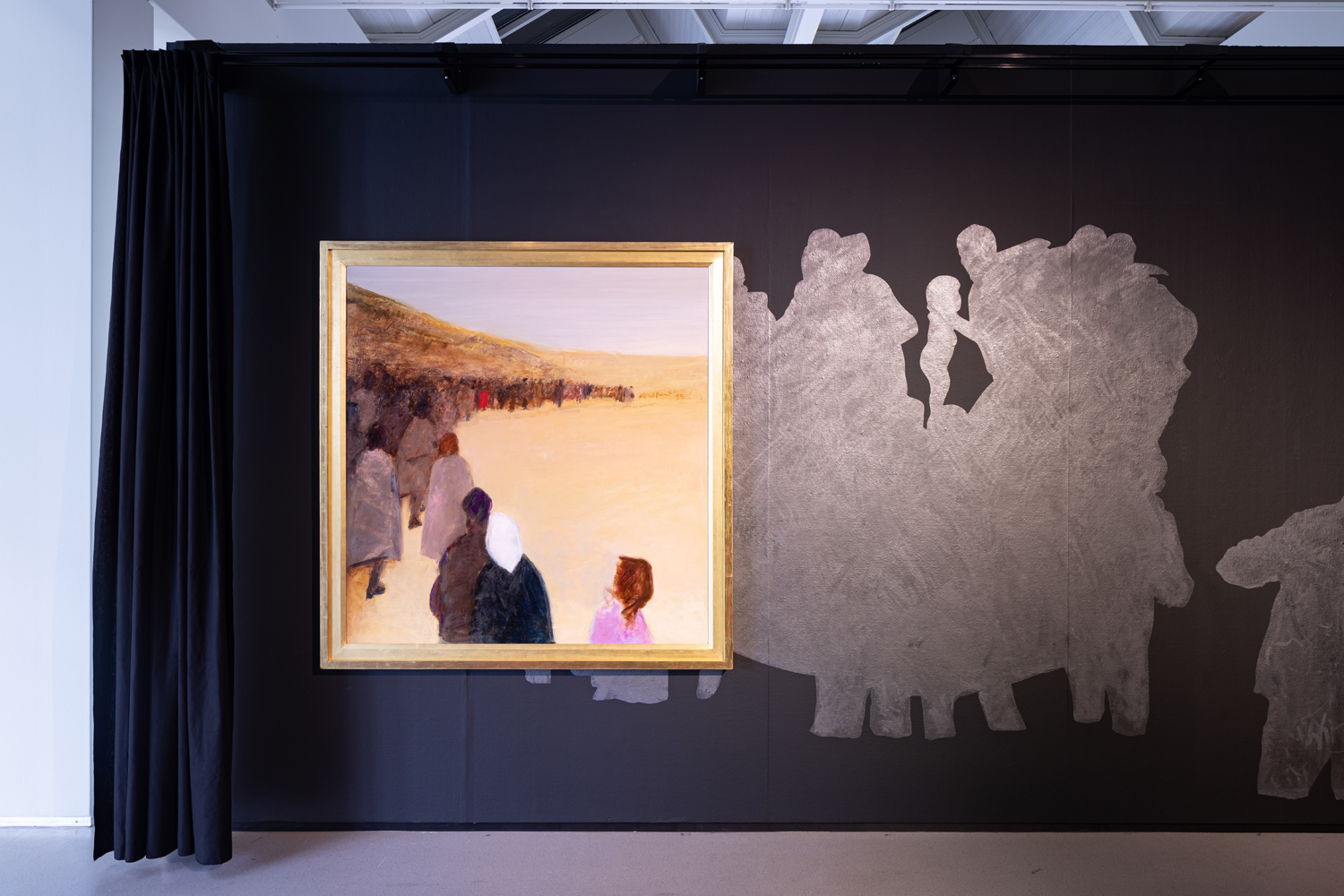 Antonis Pittas
In addition to his selection of works by Constant, Antonis Pittas’ contribution consists of a spatial installation. In it, Constant’s work is once again included, this time with an emphasis on the theme of migration, or nomadic humankind; an interest that can be found early on in Constant’s oeuvre. Some of these works are initially hidden from view by curtains with short texts on them. The texts consist of news fragments and texts by Constant himself, with which Pittas draws both a direct and an associative line between our present – in which (involuntary) migration plays such a major role – and the time in which Constant lived. Hosts of the Cobra Museum will open the curtains for visitors and start a conversation with them. 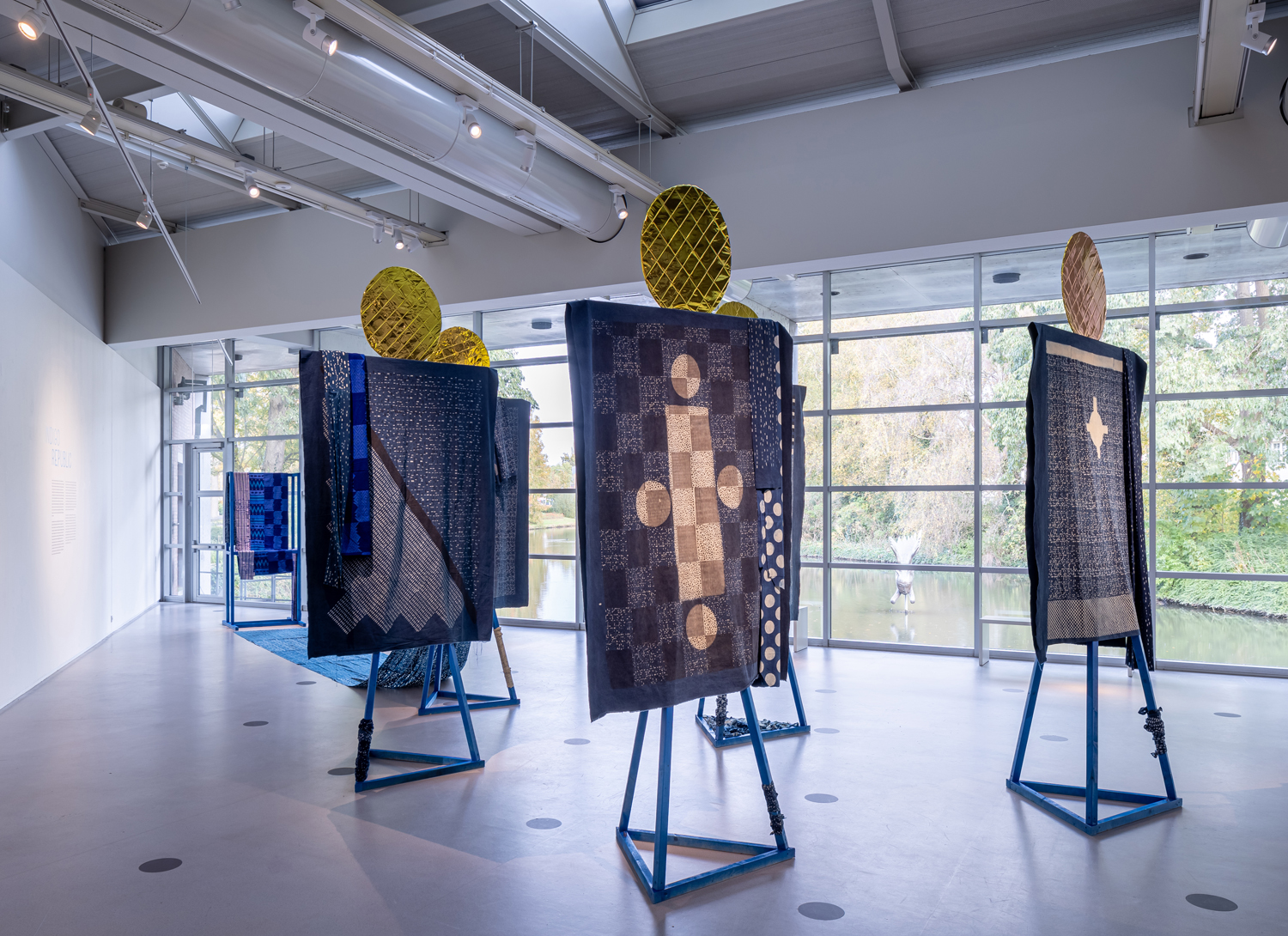 Antonio Jose Guzman
Diasporic identity is also an important theme in Antonio Jose Guzman’s oeuvre. Moreover, he shares Pittas’ interest in the history of modern art. For example, in an earlier project called Piertopolis Guzman responded to Constant’s New Babylon project by portraying the Homo Ludens as a nomadic people who would live in this future metropolis. For this exhibition he and textile designer Iva Jankovic Indigo Republic have created a series of new sculptural figures that partly refer to Constant’s New Babylon. The figures wear textiles with an abstract pattern based on Guzman’s own DNA sequence. Using this sequence, Guzman has developed a genetic conceptual map that shows that his DNA is the result of a route that runs through several continents. This ‘map’ or ‘pattern’ forms the basis for a number of his multidisciplinary projects and also for the new work commissioned by the Cobra Museum.

For more information on Constant 101 | On Our Means and Perspectives check this website.

The exhibition is generously supported by the Mondriaan Fund, the public fund for visual art and cultural heritage.