“An Unstoppable Force” is a big art exhibition in which the Cobra Museum explores the creativity, spontaneity and purity of children, and asks critical questions about the surrounding myths. This playful exhibition will be staged in such a way that visitors will have to build, crawl and climb their way through it, so children will feel right at home in the museum, while adults can rediscover their inner child. 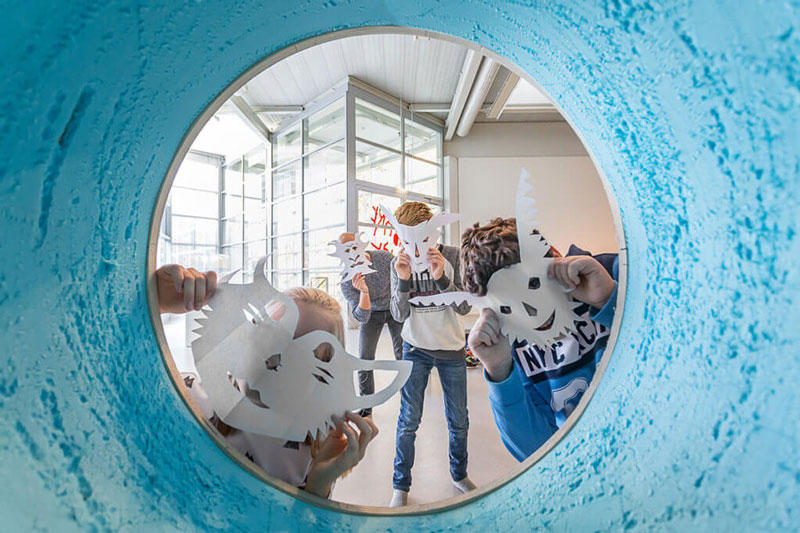 Works by well-known CoBrA artists are presented shoulder to shoulder with those of contemporary artists. Although the way we think about children has changed considerably since the 1950s, the artists in the exhibition have one thing in common: they are all dead serious about children. Together, the artworks offer a varied and sometimes critical view of the creative expression of the child.

The playing child
With their attitude to life and playfulness, children were a powerful source of inspiration for the CoBrA movement (1948-1951) in their desire to build a new society and to create new art. According to the artists, the open-minded and spontaneous attitude of a child showed how you could do things your own way by not caring about what is ‘good’ or ‘right’ in the eyes of others. This greatly appealed to them, as they believed that a world in which the Second World War could have happened had to be completely transformed. As artists, they therefore wanted to make art that would make people rethink their existing ideas, thus starting a revolution.

“We wanted to start afresh, like a child.” Karel Appel 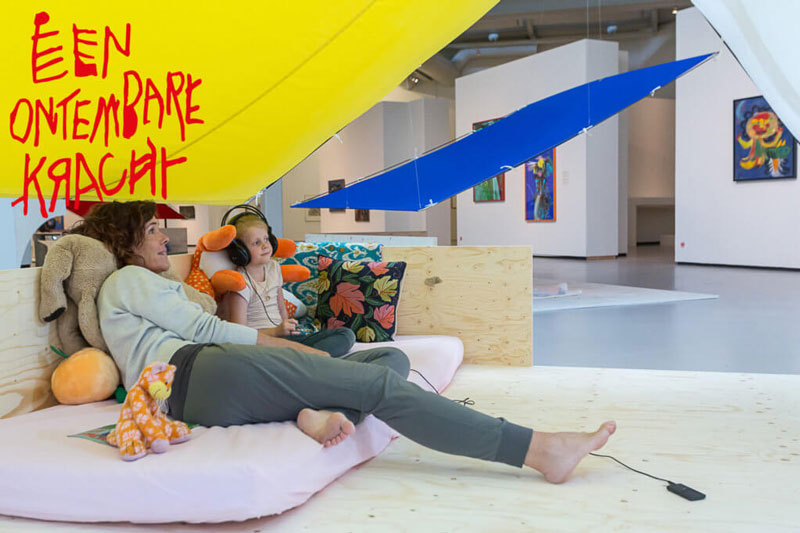 Cobra and the child
In the creative expression of children the CoBrA artists saw a way to renew their own art. As CoBrA member Karel Appel said: “Our dreams, our behaviour, our work: there was something childish, or childlike, about it. […] At that time we wanted to start afresh, like a child.” Many of these artists started collecting children’s art and were directly influenced by their subjects, shapes and techniques. They also worked with children regularly and presented their own work alongside children’s drawings in exhibitions and magazines. Most artists within the group thus also tried to paint as uninhibitedly and spontaneously as a child, and as a result some of their paintings do actually resemble children’s drawings.

“Kids’ art, I just feel like it’s an unstoppable force, kids won’t be stopped by their lack of knowledge or life experience.” Brian Belott 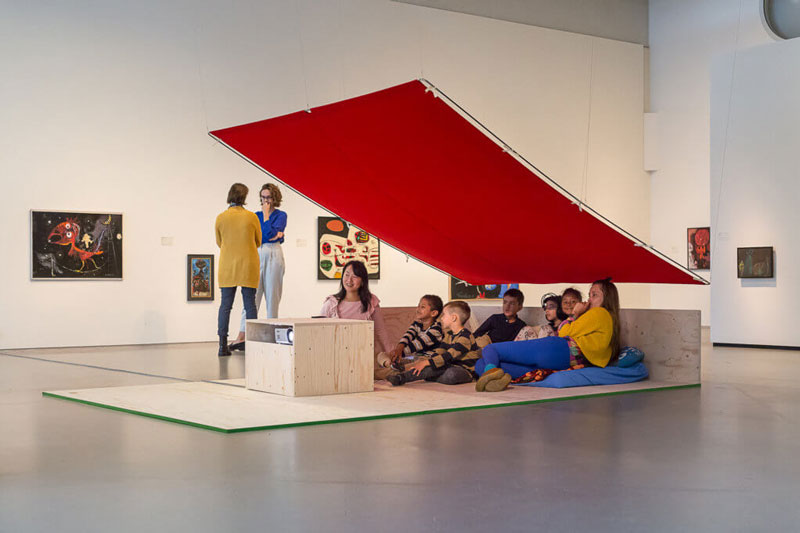 The child in today’s art
Scientific research has now shown that children in primary school are more creative than older children or adults. At the same time, we have also come to realise that not everything children do or make is completely ‘pure’, ‘spontaneous’ or ‘honest’. For children have indeed learned how to draw and the environment in which they grow up does influence their creative expressions right from the start. In today’s art the interest in the child is thus often a way to make critical observations about society.

This is clearly evident in the video installations of Liz Magic Laser, Adelita Husni-Bey, Beatrice Gibson, Priscila Fernandes and Joost Conijn. They each in their own way reflect on the way children’s upbringing and education impact them and their future role in society. At the same time, many contemporary artists are as fascinated and inspired by the creativity and play of children as the CoBrA artists were, as the interactive installations of Maze de Boer, Nicolás Paris, Stéphanie Marin and Brian Belott show. 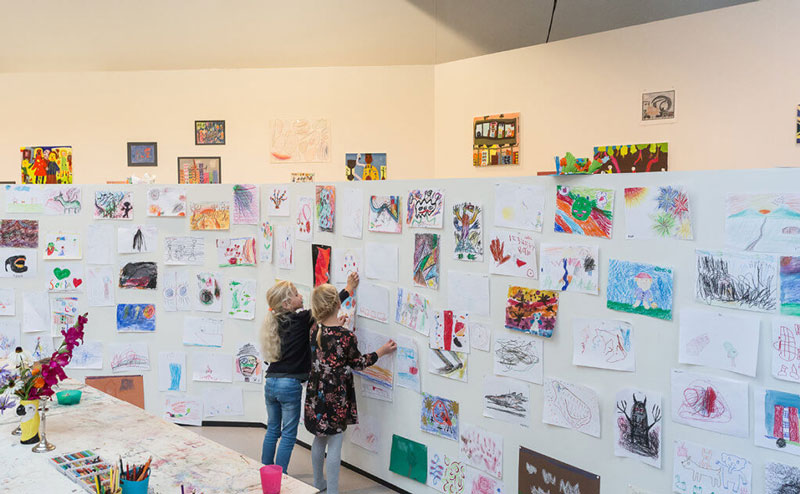 Experience “An Unstoppable Force”
“An Unstoppable Force” is much more than just an exhibition; it is an exciting experience for young and old. The unusual and inviting design of the exhibition encourages children and adults alike to embark on a creative exploration. Visitors will have to take off their shoes at the entrance, for instance, and sometimes they will have to sit on the floor to watch a video or crawl through a hole in the wall to discover new artworks. Besides watching, playing, building and drawing, there is also the possibility to participate in various workshops that take place in the exhibition’s installations.

Collaboration with Leiden University
As part of this exhibition, the Cobra Museum and Leiden University (Interdisciplinary Study of Societal Challenges Department) are conducting a study on the creativity of children. Together with Prof. Dr. Judi Mesman, a teaching package has been developed that can be used in primary schools throughout the Netherlands. The resulting schoolchildren’s drawings will be shown in the exhibition, and the team from Leiden University will analyse them. A publication will follow at a later stage.