DutchCulture and The Cobra Museum for Modern Art present The Other Story of a Dutch and Moroccan new generation. 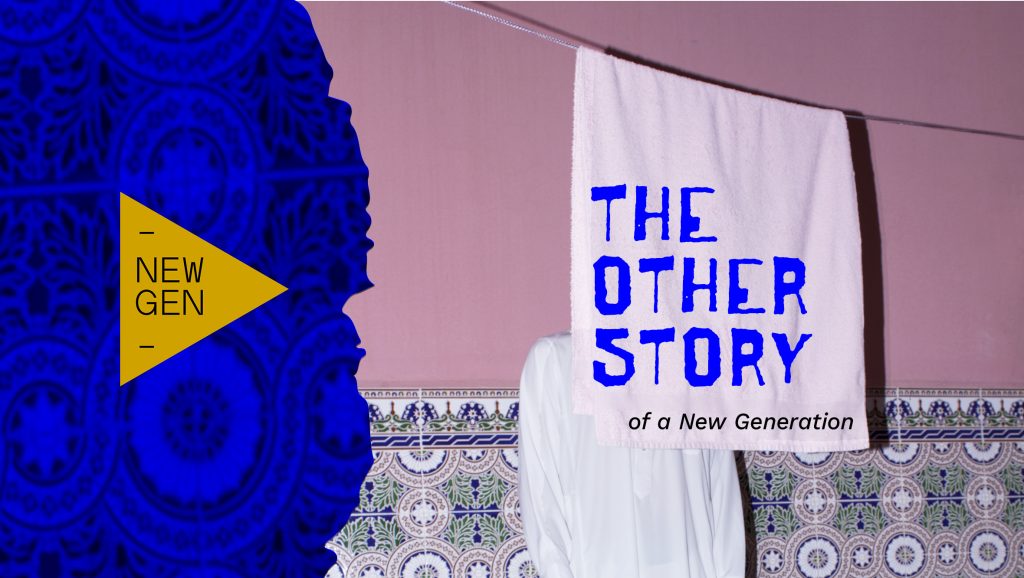 What changes and challenges in society today do inspire young artists from Morocco and The Netherlands to create their art? How do they deal with tradition and their often international identity? A New Generation of Dutch and Moroccan artists and cultural professionals will shine their light on the themes reflected in Cobra’s exhibition The Other Story. Moroccan Modernism from 1956 until now; an exhibition in which artworks of 50 Moroccan artists are brought together. The works were selected by guest curator Abdelkader Benali.

Part I open to everyone

15.30 – 16.30h: Abdelkader Benali in conversation with a new generation of Moroccan and Dutch artists

The programme consists of two parts, of which the first part is open to everyone. The second part is specifically targeted on artists and cultural professionals under 30 years old.

Part I
The first part offers an opportunity for everyone to get an introduction to young artists and cultural professionals from both Morocco and The Netherlands and to learn more about their work. Writer, art collector and curator of The Other Story Abdelkader Benali shares some of his experiences curating the exhibition and introduces four NewGen artists from both The Netherlands and Morocco. Together with young artists Mohammed Amine Bellaoui, Sarah Amrani, Chama Tahiri and Salim Bayri, Benali explores how their practice relates to the work and ideas of their predecessors. How do they deal with tradition on the one hand and societal changes on the other? What does their cultural background mean to them?

After Part I there is an opportunity to visit the exhibition The Other Story, together with Abdelkader Benali.

Part II
During the second part, we discuss professional and personal experiences with the four young artists and Abdelkader Benali. What are the similarities and differences in working as a young artist in Morocco and the Netherlands? What do Moroccan culture and tradition mean to artists and cultural professionals? When do memories turn into nostalgia? And is your identity geographically or culturally defined?

*For people under 30 years old who register for this program through Dutch Culture, don’t have to pay the museum surcharge of € 3.50. They reserve for the program and they need to buy their museum ticket (ex surcharge) o at the desk of the Cobra Museum.

About the artists
Rebel Spirit (the artist name of Mohammed ElBellaoui) is a street artist, comic book author, illustrator and musician from Casablanca. He is passionate about urban art and underground culture and is one of Morocco’s youngest authors of comics books. His comic books about everyday life in Casablanca, ”Guide of Casablanca” and ”From Casablanca with love” show humoristic scenes from the lives of the city’s 8 million inhabitants. The stories were written in Darija, Moroccan Arabic language, and make use of typically Moroccan signs and symbolism. Since a young age, Rebel Spirit also practices street art, making use of experimental techniques.

Salim Bayri is an artist based in Amsterdam. This year he received the Charlotte Köhler Prize for young talent. The Prins Bernard Cultuurfonds, the organization behind the prize, wrote: “Salim Bayri sees himself as ‘ambiguous in between’ the cultures of Morocco and The Netherlands. He has a very sensitive radar for political and social situations, which he addresses in a playful, original and versatile way in various media, from drawings, sculptures, films, music, ‘wearables’ performances and text. There is a sense of humour in his work, but he also doesn’t shy away from the darker edges of our existence.” 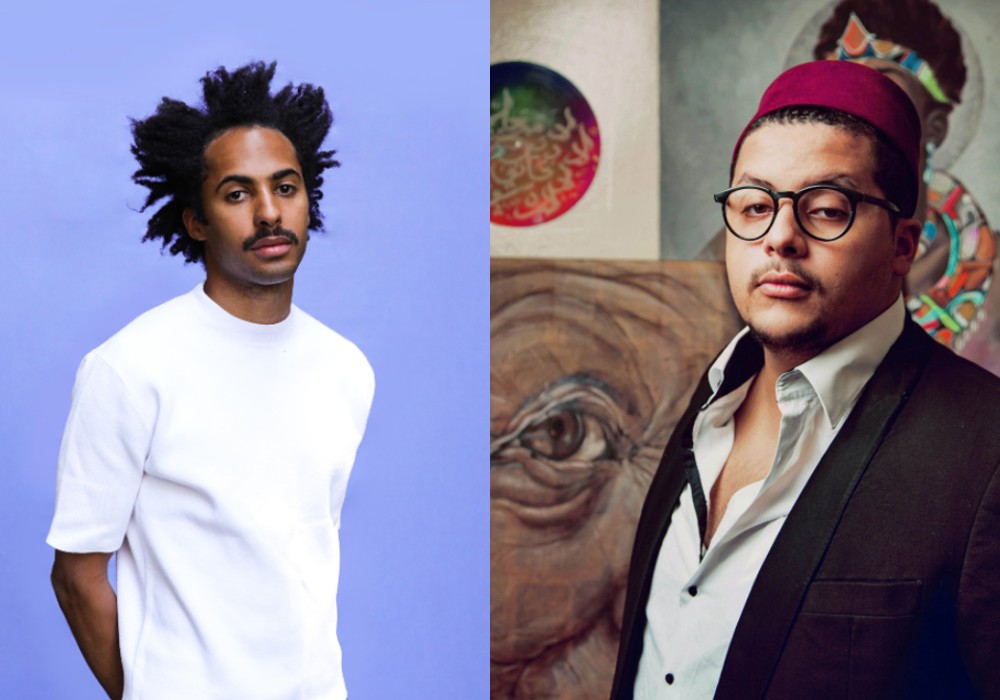 Chama Tahiri Ivorra was born and raised in Casablanca where she co-founded and ran the first agency dedicated to cultural engineering from 2012 to 2019. Chama is now a freelance creative director and journalist. She also produces music-related events such as Flemish-Egyptian artist Tamino’s first show in Morocco, promotes artists, and creates content to tell another story of the emerging Arab and African scene, namely through acclaimed publications such as Diptyk Magazine. In 2021 she opened the first cultural vegan café in Casablanca where she hosts music, literature, arts and movies related events and workshops, gathering a community of artists and aficionados in her safe and inclusive alternative space.

Sarah Amrani is a visual artist using photography, film and found footage. Three of her photographic works are part of the exhibition The Other Story. In these photos she investigates her relationship towards her female cultural identity and mixed cultural background. This work is part of a series which originated from a fascination for the traditional Moroccan wedding. “Although being familiar with the Moroccan/ Islamic culture and traditions I feel like an observer most of the time. This feeling of being ‘in-between’ two cultures, two identities, is a recurring theme in an ongoing series of work.” 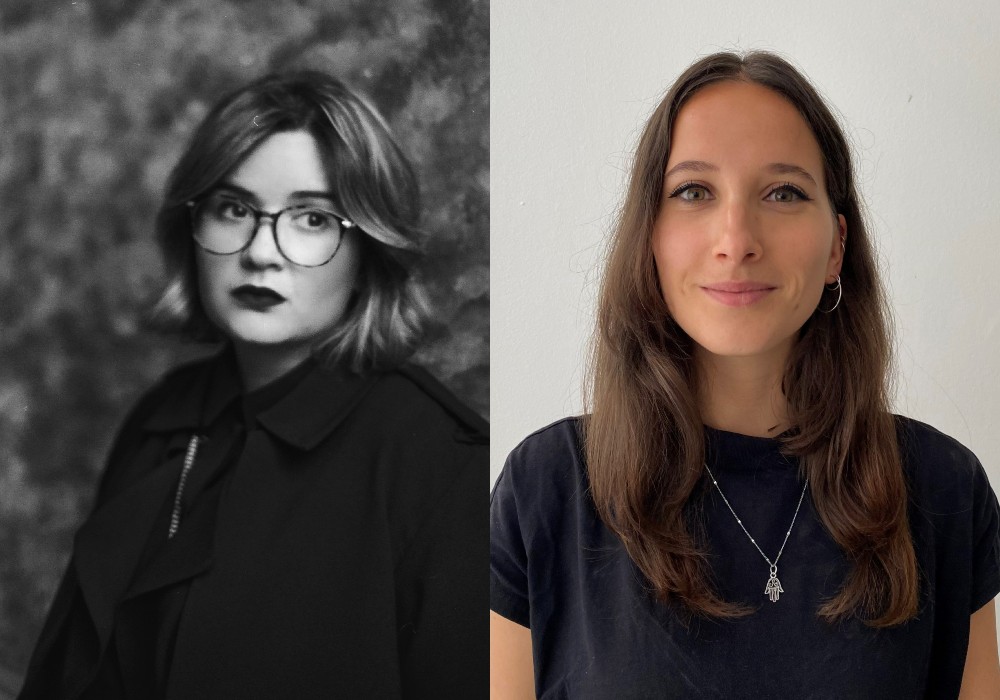 About NewGen
With NewGen, DutchCulture reaches out to the new generation of young artists, creatives and other professionals under 30 years old with the skills and ambitions to break down barriers and share their stories internationally. The meetups we organise are an opportunity for mutual inspiration and knowledge sharing. In addition to our meetups, we also publish online articles about remarkable developments among young emerging artists in the Netherlands and abroad.

About The Other Story. Moroccan Modernism 1956-now
For the first time in the Netherlands, artworks of 50 Moroccan artists are brought together in one exhibition, titled The Other Story. Together the works provide an overview of the development of Moroccan modern art, starting from the country’s independence in 1956 to the present day. From 1956 a renewed self-awareness among Moroccan artists arose. By now, a new young and exciting generation has taken its place on the international stage.