Afripedia is a documentary series on the rise of a new generation of African artists, created by the Swedish Afro-collective Stocktown. Each episode focuses on a group of young artists in a different African country. Just like in the exhibition Cosmogony, Afripedia celebrates the creativity of the African continent. On November 25 a selection of three episodes of the Afripedia series (84 mins in total) will be shown, taking the audience to Ghana, Senegal (& Gambia) and Angola, three hotspots of cultural production in West-Africa. Meet the outspoken musicians and street artists (including BMX stunters) in Ghana, the revolutionary designers, photographers and dancers of Senegal and see the kuduro revolution in Angola!

Before the start of the screening, Cobra Museum director Stefan van Raay will give a short introduction to the film, the exhibition Cosmogony, Zinsou an African art collection and how they are connected. 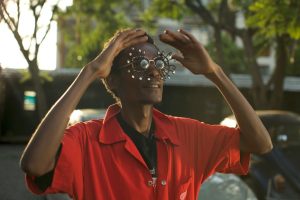 Ghana (2016)
Whether facing environmental issues head-on or inspiring people to reach for the power within themselves, art and music in Ghana are used as catalysts to move people to action and to show the world what it means to be African.

Senegal/Ivory Coast (2016)
Social media has given one Senegalese photographer the opportunity to launch his professional career. When his parents and family were unable to understand his passion for photography, a Facebook community urged him to pursue his dreams.

Angola (2016)
Angola is a land of startling contrasts, presenting in one nation the best and worst parts of Africa. Despite the chaotic conditions, Angola’s musicians see the potential inherent in their country and strive to lead its people to a brighter future. 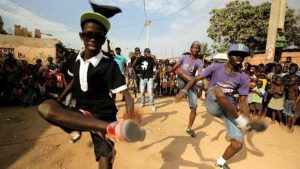 For this screening we work together with Africadelic. Africadelic is a non-profit organization that is committed to promoting (awareness about) cultural creativity and diversity in and out of Africa and the African diaspora. The Africadelic Festival is an annual festival on and around International Africa Day on 25 May. Through concerts, films and talks, the festival offers a reflection on the state of Africa and a celebration of the cultural creativity of the continent and the diaspora.